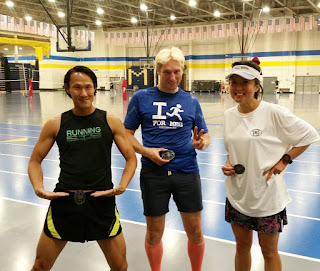 Maybe I chose to forget about this event. 211 times around that resulted in my piriformis injury coming back. But strangely weirdly oh so fun though. Yes Mike, it was a good idea. Mike Bailey one of the best ultra runners in Virginia and a good friend convinced me to do this. So I convinced Lucas to sign up and Sean to come run some of it too. Then it turned out there were several other looney tunes friends who were signed up too!

Not much to tell except I think the lap counters missed a bunch of laps on all our runs, I mean, maybe it was super boring for them too. 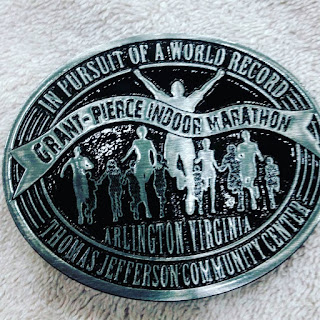 But miraculously, I came in third female and first time under 4 hrs for a marathon in a decade. So um..thanks MIke!  Also we all got buckles! It was nice having an aid station so handy all the time for almost four hours but I am content not to do this one again!